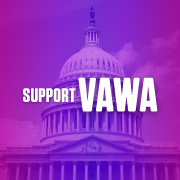 At Big Papa foundation we strive to protect the vulnerable and believe that the violent act of Rape is never ok. It’s strange that we have to say this . This is not a controversial opinion and it is supported by the law globally. The Me Too movement has made us all feel that perhaps the culture of society has turned a corner. We all thought that the world was becoming a safer place for people and that justice was perhaps becoming swifter. It hasn’t – and it is not. We can not become complacent because there is still a lot of work to be done. See the Big Papa Action page to throw your support (signing is free!) behind the Reauthorization of Violence Against Women Act.
https://act.credoaction.com/sign/VAWA_2018?source=share_email&referring_akid=a325529117.3698752.coIkXd

Perhaps you are here seeking an update on Presidential Impeachment . A lot of people seem to be under the impression that President Trump has done nothing impeachable and the inquiry is unfair. I will remind these people that under the separation of powers laid out in The Constitution of The United States of America the Legislature has the responsibility of Oversight of the executive branch. The elected legislature must uphold their oath of office and carry out this duty and protect the Constitution from all enemies foreign and domestic. While it has been slow until now, the process has been cautious. All Americans should begin to pay attention as the process’s hearings will be public and there will be a lot to see as people testify .